In today’s Black HERstory, abolitionist and women’s rights activist Sojourner Truth was issued her own postage stamp in 1986, as part of its Black Heritage Series.Sojurner Truth was born Isabella Baumfree in 1797 on the Hardenbergh plantation in upstate New York. In 1826, Truth managed to escape to freedom and became known as a fearless advocate for enslaved African-Americans and women. She is best known for her “Ain’t I a Woman?” speech that challenged gender and racial inequalities. During the 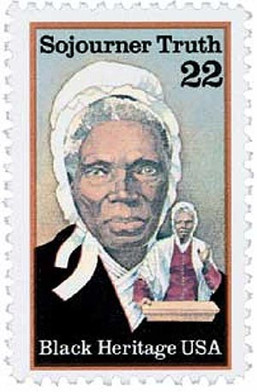