Since I couldn’t find a fact related to today (February 5th), instead I’ll shine light on the original “Betty Boop:” Esther Jones, AKA Baby Esther.The most iconic animated sex symbol was based on a 1920’s Harlem jazz singer. Jones performed regularly in the Cotton Club during the 1920s. Baby Esther’s trademark vocal style of using “boops” and other childlike scat sounds attracted the attention of actress Helen Kane during a performance in the late 1920s. After seeing Baby Esther, Helen Kane 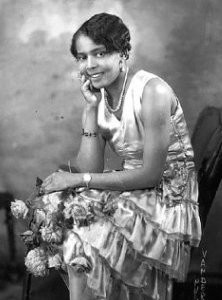